There are two parts to the NetWorker Management Console. The first part is the client — the NMC application that you download from the server and run locally on your workstation. The second part is the console server, which is typically referred to as the "GST" service, available for both UNIX and Windows platforms. 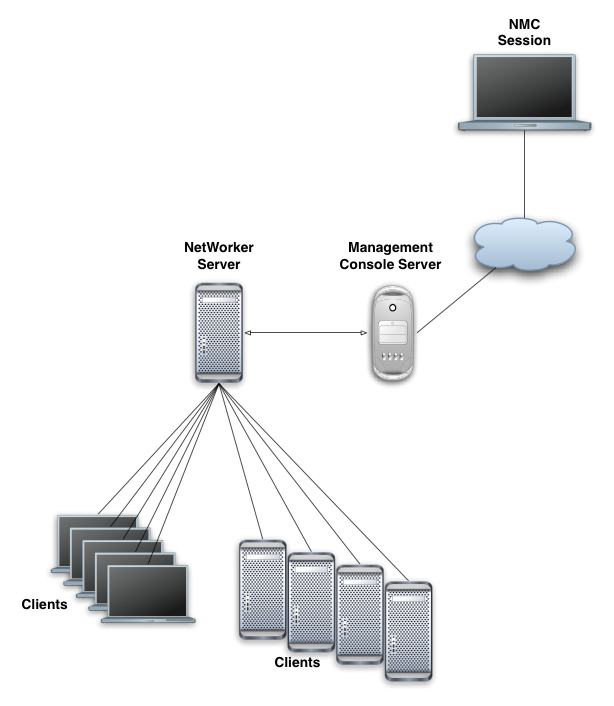 There's three good reasons why you'd choose to separate the NetWorker server and the GST server.

Feature access — While there may be good reasons to hold off upgrading your NetWorker server to the latest version every time there's a new release, there are frequently enhancements in NMC that you would want to take advantage of — such as the introduction of the consolidated monitoring view in NMC with NetWorker 7.6. However, the GST service depends on the appropriate NetWorker client version, so it's not easy (and often not possible) to have a different version of GST installed to that of the NetWorker version on the server. On the other hand, having one single client running a more recent version of NetWorker is rarely a problem.

Performance — If you want to maximise the performance of your backup environment, putting the GST server on a separate host is a perfectly valid step. This won't make a big difference for environments with 50 clients or less, but as the number of clients in the environment increases, the performance improvements make the move worthwhile.

Protection — At times issues can occur with the GST services that prevent NMC connectivity. In this situation it makes monitoring NetWorker operations difficult, and if a reboot is required to solve the GST issue, having the GST server on the same host as the backup server means rebooting while backups are running. This can be easily avoided by having the GST server running on a different host!

If you want to run the NMC server on a separate host to the NetWorker server, it's actually a very straight forward process: